There are several observations that can be made from the various threads followed in this investigation. Within the content of the films, we see that while much of Western scientific thinking is dismissive of dreams, there is clearly a huge element in Western society that feels the need to make meaning out of the cryptic imagery of dreams. Ultimately chances are, if dreams are included as part of a film, they are there to suggest meaning. How that meaning works – whether it speaks to the past, the present or to sci-fi woven illusions, depends largely on genre, and on the underlying philosophy of the piece. Although there is a strong tendency within modern mainstream culture to see dreams as essentially commenting on the individual’s past, the dreams in these films are often dreams of anxiety, dreams expressing concern about possible futures, possible interpretations of the present, possible windows into a concurrent reality. These kinds of dreams allow for a role of increasing the tension of the central conflict, building towards a crisis, rather than being static expository elements. Many are versions of Jungian ideas, assisting in character growth and development.

While the first laying out of ideas in this paper may have appeared to lead towards a simple correlation between cultures with regressive dream theories having film narratives in which dreams serve simply as exposition or back story, and where cultures with progressive dream theories are making films where dreams further the narrative, ultimately the examples lead us to somewhat more complex conclusions. We have seen a wide range of variations on the way the dream or vision functions within the story and ultimately, a rich range of cultural ideas about dreams.

Although Western psychological theory focuses on dreams as addressing the past, the influence of teams of story editors, producers and screenwriting gurus, are also significant determining factors in the North American, classical Hollywood context, in ensuring the dream in film stays away from the realm of too much back story. Further off the Hollywood grid, European cinema has always allowed for more exploration within subjective and experimental types of narrative, both Buñuel and Ruiz being examples of this freedom from narrative imperatives. In art cinema, narratives can be looser, and paratactic clauses are allowed for; and not all elements of the story need to be firmly attached to the central conflict and feed the building tension around it. But the observations and concerns of the technicians of drama have no doubt been a strong influence required dreams to be a source of action and intrigue one way or another, across all cultural tendencies within North American. Whether dreams are in some way an incentive to action, or a mystery to be investigated, the examples we have seen are all in some way beyond a tedious function of character exposition. Within the range of cultural and genre variations we have observed, they all work in a way that is ultimately dramatic, that in one way or another can be seen to be furthering the action.

Within the aboriginal productions, we see some stories, such as Dreamkeeper’s Eagle Boy and Quillwork Girl, and Shelley Niro’s Mars Thunderchild, clearly having a completely different kind of dream experience – one that shapes the future. On the other hand, in both Journals of Knud Rasmussen and Kissed by Lightning, while the dreams are a kind of exposition of lost loves, giving some back story to the character’s current dilemma, these dreams also have a kind of presence in the present. The dreams, or what takes place in the dreams, also serve as mini-narratives, creating their own obstacles for characters to overcome – the dead in the dreams create conflicts with the living. The dreams in Journals exist in a way that is public, frankly embarrassing and disappointing for the community. The dreams in Kissed by Lightning, while showing the ongoing grief of the main character, and essentially asking the question of how she will heal, then go on to also remember or re-teach the condolence ceremony given to the Iroquois by the Peacemaker, effectively offering her an active way out of her grief. In this way, the dreams remain somehow active and alive in the present, as though they are also an alternate space where things go on that speak to the character in their journey. This is quite different than From Hell, in which the dreams reveal not an alternate reality, but are simply a portal into concurrent events, or sometimes a picture of the future – but this is not an alternate space with a heightened reality; it is simply a window. In Wild Strawberries, Professor Borg’s dreams suggest an anxiety and a crisis – they do not offer direction or solutions, nor are they community events. Similarly, Nate’s dream about Life and Death in Six Feet Under reveals his own anxiety, his own questions, and his own psyche’s search for answers on how to live from within the known elements of his father and a few words from the Bhagavita. In a production such as Thunderheart, we see perhaps the most tightly interwoven influences of a classical whodunit film structure meshed with a strong visionary culture, where dreams or visions work as both exposition and as goal establishment. Although it is Plains culture being portrayed in Thunderheart and in the main story of Dreamkeeper, suggesting a narrative style that might be looser, nonetheless, these films have a tight structuring around cause and effect. Thunderheart is powerfully driven by the detective genre, the need to find the bad guy and right the wrong. This is very different from productions such as Kissed by Lightning and Journals of Knud Rasmussen, which are much more meandering stories not shaped by uni-focal narrative drives – they are films in which not all elements of the story have strong causal links to the essential narrative arc. While these films were made within the North American context, as Canadian and as primarily First Nations productions, they are much further off the Hollywood grid, and while both are purposeful journeys with significant character transformation, they have been able to maintain a highly unique narrative space for dream sequences. This range of examples hints at some the degree to which culture may in fact have quite a complex influence on narrative structure. 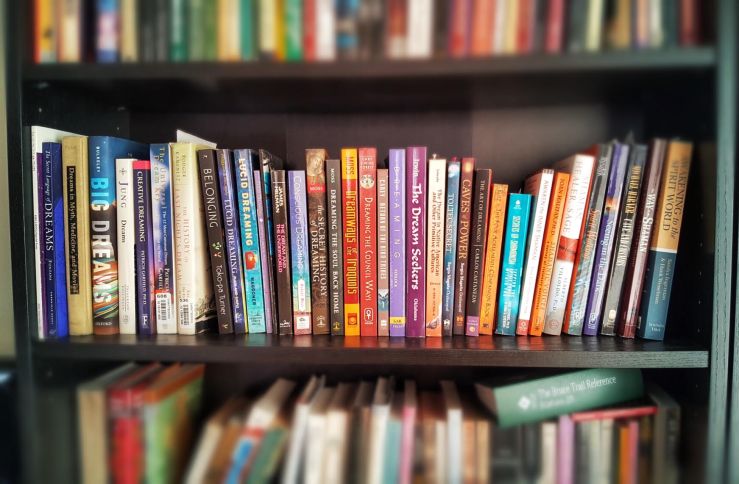